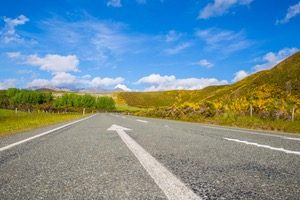 “I am free, no matter what rules surround me. If I find them tolerable, I tolerate them; if I find them too obnoxious, I break them. I am free because I know that I alone am morally responsible for everything I do.”
― Robert A. Heinlein

The largely unknown “Strict Aliasing Rule” (SAR) has the potential to send tears to the eyes of even the most seasoned C/C++ developers. Why? Because of it, a lot of the code they have written over the years belongs to the realm of “undefined behavior”.

Despite its name, the term “undefined behavior” itself is well-defined by the C language standard: it’s “behavior, upon use of a nonportable or erroneous program construct or of erroneous data, for which this International Standard imposes no requirements“. Which means anything can happen: your program could randomly crash or even send suggestive emails to your boss.

Let’s start with the code snippet that I used in my original post on SAR:

Here, data that has been received into a buffer (‘data’) is converted into a high-level data structure (‘measurements’). From the compiler’s point of view, what ‘data’ refers to is just a single ‘uint8_t’ but we access it through a pointer to type ‘struct measurements_t’. What we’ve got here is a clear violation of SAR, which entails undefined behavior.

“But, Ralf”, you might respond, “this can’t be true. I write code like this every day and it works flawlessly, even in safety-critical systems like medical devices!”

This doesn’t surprise me in the least. “Undefined behavior” can — get this — also mean “works flawlessly”. But there are no guarantees, whatsoever. It might work on one platform, with a particular compiler or compiler version, but might fail on another platform, or with a different compiler version. Hence, to err on the truly safe side (which you should, especially if you work on safety-critical systems), you should use truly safe alternatives.

One obvious and time-proven approach is to do such so-called type punning through unions. It works by storing data via a member of one type and reading it via another member of a different type:

Bulletproof type-punning, one that works in both, C and C++, uses ‘memcpy’. ‘memcpy’!? ‘memcpy’, that’s right:

Believe it or not, there’s a high probability that your compiler will optimize-out the call to ‘memcpy’. I’ve observed this, among others, with ‘gcc’ and ‘clang’, but I’ve also seen compilers always call ‘memcpy’, even for the smallest amounts of data copied, regardless of the optimization level used (Texas Instruments ARM C/C++ compiler 19.6, for instance). Nevertheless, this is my go-to type-punning technique these days, unless performance is paramount. (You first have to prove that your code really impacts overall performance by profiling. Otherwise, your optimizations are like buying Dwayne Johnson an expensive hair brush — it doesn’t really harm, but it’s not of much use, either.)

Sometimes, you have to use SAR-breaking casts, if only to maintain social peace in your team. So how likely is it that your compiler will do something obscene?

VERY unlikely, at least in this example. Let me explain.

First of all, compiler vendors know that most developers either haven’t heard about SAR or at least don’t give a foo about it. Therefore, they usually don’t aggressively optimize such instances. This is particularly true for compilers that are part of toolchains used in deeply (bare-metal) embedded systems. However, ‘gcc’ as well as ‘clang’, which are used in all kinds of systems, take advantage of SAR from optimization level 2 on. (You can explicitly disable SAR-related optimizations regardless of the optimization level by passing the ‘-fno-strict-aliasing’ option.)

Third, there’s no aliased read/write access. Even if ‘data’ and ‘measurements’ were used concurrently, it wouldn’t be a problem, as long as both are only used for reading data (don’t trust me on this one, either!). By contrast, this I consider harmful:

To the compiler ‘data’ and ‘measurements’ are two totally unrelated pointers to unrelated memory areas. The original value of ‘data[0]’ might be cached in a register and not refetched from memory, hence the ‘assert’ might fail. In general, this is what will most likely happen when SAR is violated in contexts where it does matter: instead of suggestive emails being sent to your boss, you are much more likely got get stale values (which of course could lead to crashes later on).

Let’s get real about SAR. Here are some relaxed, pragmatic rules on how to deal with the Strict Aliasing Rule:

(with apologies to Sonny Curtis) 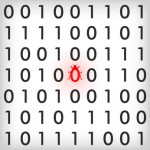 It’s a given fact of life that something that’s deemed totally safe in one environment may be totally unsafe in another. Every German who has ever used an American sauna knows what I’m talking about.

Similar (but far less embarrassing!) traps lurk in situations where you reuse perfectly working C++ code in a C environment. Some time ago, I integrated a little home-grown C++ library into a plain C project. However, instead of the expected, proven functionality I got plenty of core dumps. After some assembly-level debugging, I came to the conclusion that I had found a compiler bug. Code along these lines

was compiled to this:

Why the heck did the compiler insert an offset of 4 instead of 1?

The answer to this question, which is also the answer to our bug hunting adventure, can be found here.