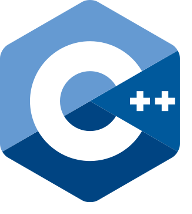 “C++: Where all your friends have access to your private parts.”
— anonymous
For good reasons, class designers usually keep implementation details out of the public interface. In object-oriented programming, this is called “encapsulation” and is generally considered a good thing. However, when unit testing such a class, it’s sometimes desirable to access private members of a class to verify that a class indeed works correctly, not just on the “surface” (i. e. the public interface). As an example, take this contrived C++ class that we want to develop our unit tests against:

If we attempt to access ‘privateMethod’ or the ‘values’ array from our tests, we’re out of luck, since they’re both declared private.

There are several known solutions to work around this problem:

Generally speaking, one risk of making many private details easily accessible during unit test builds is that unit test developers are seduced into making their tests too dependent on low-level implementation details, which makes future refactorings much harder. The attorney pattern also gives you low-level access but in a much more controlled fashion; it forces you to be explicit about what you want to access:

ClientAttorney is basically a limited, forwarding proxy around an existing Client instance that makes part of Client’s implementation details publicly available. For this to work, ClientAttorney obviously needs to be declared a ‘friend’ in Client’s class definition:

While some folks complain that this requires too much typing, proponents emphasize that this exactly the strong point of the attorney pattern: in order to be able to do something shady you have to invest a little effort, which automatically reduces the amount of shadiness that you introduce into your unit tests.

Personally, I like this explicit approach, but I never liked all the boilerplate. It’s not just tedious to type and maintain: If the signature of a Client method changes subtly (say a parameter changes from ‘int’ to ‘double’), inconsistencies can remain dormant for quite some time until suddenly problems arise. So in my tests I use this templated variant of the attorney pattern:

Then, in my unit testing project, all I need to do is this:

By employing subclassing and ‘using’ declarations, I can redeclare existing private base class (Client) members as public without having to worry about future type or signature changes. This solution still forces developers to be explicit but avoids most of the tediousness and is at the same time less error-prone.