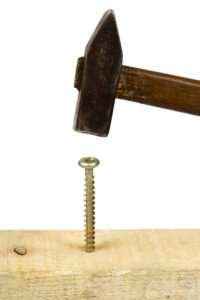 “Bad design shouts at you.
Good design is the silent seller.”
— Anon

Retired C++ hero Scott Meyers once wrote an article for the renowned IEEE Software magazine titled “The Most Important Design Guideline?“. According to him, the most important design rule is this:

“Make interfaces easy to use correctly and hard to use incorrectly”

I couldn’t agree more. While this rule is applicable to any system, today I want to present it in the light of software interface (API) design. As an illustrative example, I’m going to borrow a method from a former article of mine:

From what you’ve been given, it’s pretty easy to conclude what this routine does and how it’s supposed to be used: ‘getTemperature’ returns a temperature value (let’s say in degrees centigrade) and a status as out parameter. Even without further documentation, it’s not hard to guess that the temperature returned can only be trusted if the status is ‘good’. Most likely, this method reads the temperature value from a hardware sensor that sometimes is busy or dysfunctional.

If you ask me, this design easily passes another important design rule, the so-called “Principle of Least Astonishment“. However, it fails miserably when we apply Scott Meyer’s interface design rule. Why? Because it seduces programmers into using it incorrectly:

As you can see, it’s possible for programmers to get what they want (the temperature) without checking the status value.

The compiler usually doesn’t warn you if you forget to inspect the status variable, because it doesn’t know what ‘getTemperature’ is doing: it might pass it on to another function or store the pointer in a static/global variable.

How can we change the interface such that this mistake is impossible to happen?

Often in such or similar situations, experienced programmers shout “exceptions to the rescue!”. But will exceptions really save us? Let’s see:

Now, ‘getTemperature’ doesn’t provide a status any longer, it rather throws an exception if the temperature value is unreliable or not available. But again, the compiler cannot enforce that programmers provide the try/catch block. Unlike Java, C++ doesn’t have checked exceptions (where checked means that the compiler enforces that exceptions are either caught or declared) and for good reason. So an inconsiderate programmers might naively write:

Even worse, the fact that there is no status parameter any more doesn’t remind them or reviewers at a later point in time that a necessary check has been omitted. Depending on the reliability of the sensor, such code can run for years without problems until it suddenly crashes due to an uncaught exception.

If exceptions don’t help, what does? How about swapping the return value with the status code?

While some would argue that this version is a bit harder to use incorrectly, it’s still possible to do so:

Again, the programmer doesn’t check the status, this time by ignoring the return value. No compiler I’m aware of warns you if you forget to check a function’s return value. Static analysis tools (like PC-lint) do, but who uses them, anyway? And of those good people who do, who enables this particular warning? There are many functions whose return values you almost never care about, like ‘printf’ for example, which returns the number of characters printed, or ‘memcpy’ which returns a pointer to the destination. Therefore, such warnings are usually turned off, even if they are supported.

If you are so lucky and use a C++17 compiler, you can mark a return value as ‘nodiscard’:

Should you now dare to ignore the returned status value, your compiler will report an error. Or will it? Unfortunately not! I don’t know why the people who devised the C++17 standard didn’t go for a compile-time error. Instead, if the return value is ignored by programmers, “implementations should issue a warning in such cases”, they wrote. Arrgh! They didn’t even have the decency to demand a warning. As usual, “should” doesn’t guarantee anything.

Still, I’ve never come across a C++17 conforming compiler that didn’t issue a warning, irrespective of the warning level (unless you force the compiler to suppress all warnings). Therefore, I think that this last version of ‘getTemperature’ is the first that is likely to receive Scott’s blessings.

In a future installment, we’ll explore other alternative versions of ‘getTemperature’ and determine if they comply with the most important interface design rule, which is so important that it bears repeating: “Make interfaces easy to use correctly and hard to use incorrectly”. Stay tuned!