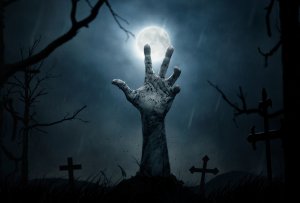 “Within its gates I heard the sound
Of winds in cypress caverns caught
Of huddling trees that moaned, and sought
To whisper what their roots had found.”
― George Sterling, A Dream of Fear
This month’s post is a guest post by Giles Payne, a teammate from a project at Giesecke & Devrient Mobile Security almost two decades ago. At the time, we were trying to teach good coding practices by distributing so-called “Coding Horrors”, bad code examples, that showed what not to do. The other day, Giles sent me such a “Coding Horror” that he came across recently. I couldn’t help but talk him into blogging about it. Giles, take it away!

Thank you, Ralf! Let’s dive right into the code — for fun please take a minute to try and work out what this little piece of Java is doing.

Were you able to work it out? No, I didn’t think so. So what is going on?

This code comes from a kind of simple browser-like application that needs to handle a stack of displayed pages. In some cases it will manage a history of the pages, in other cases it doesn’t care about the history — hence the “USE_PAGE_HISTORY” descriptor.

But what exactly is it doing? Well, what this particular code does is change the meaning of the equals comparator for PageIds to always return true when USE_PAGE_HISTORY is false. (Face palm.)

In an attempt to pinpoint exactly what is so horrendous about this I’ve written up a few basic “programming principles” that I feel have been grievously violated here.

The usePageHistory moniker is pretty easy to understand. If I see code like

it’s pretty easy to follow. If I had lots of places with the same if-else logic, I might separate the logic into two classes like PageStackBasic and PageStackWithHistory. Hiding the logic like whether you’re using history or not inside the equals comparison operator is a recipe for disaster because nobody is ever going to think of looking there (see next principle).

Some languages like C++ let you override arithmetic/boolean operators — others don’t. There is a lot of debate among language designers about whether allowing operator overriding is a good thing or a bad thing. On the plus side there are some very cool things you can do, for example if you have a class representing matrices then you can override the * operator to do matrix multiplication. On the minus side, they let you write stuff like this. While this code probably works now — it’s the kind of code that probably will stop working one day and when it does, it will take out an entire country’s air-traffic control system*. While it probably seemed like a clever or elegant piece of code to the person that wrote it — it’s a maintenance programmer’s nightmare.

Principle #3 is actually picked up on in the highly amusing “How to write unmaintainable code“. It’s basically a back-to-front version of “Coding Horrors” where bad coding practices are encouraged as means to achieving a job for live. (Oh my gosh, this is a Fake Surgeon’s gold mine! — Ralf’s note.)

*) Relax — this code is not part of an air-traffic control system. My point was simply that when bad code like this blows up, the impact usually tends to be massive. ↩