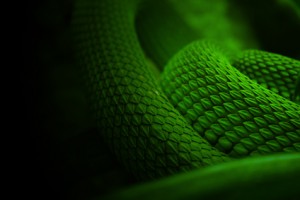 After a night of Python coding, I was back at my embedded C++ project, when I wrote code similar to this:

The expression that I used to check whether the item index is in range is valid in both, Python and C++. Alas, only in Python it does what it should; in C++ it’s a clear bug. Obviously, the if statement should have looked like this:

Duh! Of course the comparison operator doesn’t work like this in Java/C#/C/C++, but while Java and C# compilers reject this code, WindRiver’s Diab C/C++ compiler happily accepts it.

I wasn’t so much annoyed about the fact that the Diab compiler accepted it, since it is syntactically correct according to the rules of C and C++; what upset me was the “happily” — it didn’t produce any warning about my nonsense!

Even though I always pay attention to compiler warnings before flashing my code to the target, I had to find this bug the hard way: by using a debugger. I guess that I wasted more than one hour in total to track it down.

What I expect from compiler vendors is that (a) by default, warnings are on and that (b) this default warning level includes all warnings that are easy to detect and are almost always bugs or latent bugs, including (but not limited to):

– Use of unitinitalized variables
– Test of assignment, eg. if (a = b)
– Expressions with no side-effects, eg. a == b;
– Returning addresses of automatic variables
– Forgetting to return a value from a non-void function
– My stupid comparison mistake

I don’t expect all C/C++ compilers to be as thorough as PC-Lint. Ironically, most of today’s compilers are already able to report the aforementioned issues (and many more), but they do this only at higher warning levels that nobody usually enables.