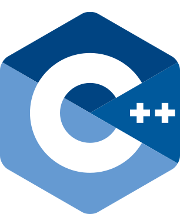 If you’re programming in C++17 or above, you can choose among three different RAII-like mutex wrappers: std::lock_guard, std::scoped_lock, and std::unique_lock. But which one should you pick?

Most C++ programmers today advise you to use std::scoped_lock by default, unless you have to use std::unique_lock (if you want to move locks or if an API (like std::condition_variable) forces you to do so). One answer on StackOverflow goes as far as saying that

“… scoped_lock is a strictly superior version of lock_guard that locks an arbitrary number of mutexes all at once (using the same deadlock-avoidance algorithm as std::lock). In new code, you should only ever use scoped_lock.”

Despite of such advice, good ‘ol std::lock_guard is still my go to mutex wrapper. Why? Because most of the time, I

– only need to lock a single lock at a time
– don’t need to move or swap locks
– rarely need to manually lock/unlock the mutex once it’s wrapped
– prefer using features from earlier C++ standards, provided they fulfill my needs
– avoid code that violates Scott Meyers’ “most important design guideline”

Let me elaborate on the last point. Consider this code

This code looks like a typical case for a RAII-wrapper: You want to automatically lock and unlock (even if an exception is thrown, for instance) and reduce the time the lock is held to a minimum — hence the extra curly braces. Code like this gets written. I wrote code like this myself. I also saw similar code when reviewing somebody else’s code.

The problem with this code, however, is that it’s dead wrong. In the heat of the moment, the poor programmer forgot to pass a mutex to the std::scope_lock’s constructor, as in

In the original code sample, nothing is locked. Since the variadic constructor can be called without providing arguments, the compiler is happy. The application might actually work for quiet some time until it suddenly produces “strange results”. Try this with std::lock_guard and the compiler will rightfully reject your code, as std::lock_guard doesn’t have a default constructor.

In my view, the fact that std::scoped_lock’s constructor can be called without arguments is a gross violation of Scott Meyers’ “most important design guideline”, a guideline that I already wrote about recently: “Make interfaces easy to use correctly and hard to use incorrectly”.