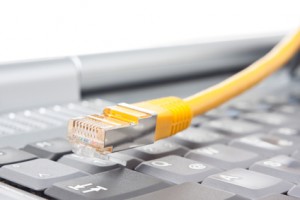 “You should not have a favorite weapon, or any other exaggerated preference for that matter. To become overly attached to one weapon is as bad as not knowing it sufficiently well.”

Recently, my principles were put to the test when I was asked to integrate my existing Java application with another application that was implemented in C#/.NET — a task that made me shudder. I had fully absorbed Richard Stallman‘s philosophy, I was (and still am) a great fan of free and open software.

C#, I thought (and still think), was a nice language, but not really that much different from Java, it’s main purpose just being yet another attempt from Microsoft to lock in people into their technology and operating system (I have to clarify here that I’m not a Microsoft hater; Microsoft has done incredible services to the computing world. What I don’t like is that their operating systems are for users and not for programmers. With Mac OS X, Apple has proved that it is possible make an operating system that is friendly to users and developers at the same time; yet I avoid Apple for other reasons, but I’m digressing…)

Someone, by the name of Bryan Adams, once said “Ain’t no use in complainin’, when you got a job to do” and he was definitely right: a job is a job and life isn’t always a bowl of coffee beans. So I started porting my code to C#, I even did it in Visual Studio (Folks, since I do most of my typing in Vim, you cannot imagine what a torture that was; I constantly had to leave the home row of my keyboard, grab the mouse, go back to the keyboard, again and again. Luckily, I found a nice Vim plugin for Visual Studio that relieved most of my pains. Derek Wyatt has made some terrific screen casts about Vim; if you don’t know the benefits of Vim, please, please watch them!). Contrary to my initial belief, the job didn’t turn out to be that difficult and disgusting, mainly due to the friendly help of two guys: one was a colleague who is an experienced C#/.NET developer and the other was Mr Google himself.

The way I program these days is different to the way I programmed ten years ago. In the old days, I tried hard to learn every aspect of a programming language and most of what the libraries had to offer.

But this doesn’t work anymore, at least for me. Programming language elements and class libraries are so similar that I cannot keep them in separate compartments of my brains. But this is not a problem, at least if I have an Internet connection.

I don’t even bother to consult books, not even the HTML API documentation. Instead, I ask Mr Google things like this:

In return, I get links to Q&A sites, tutorials, and online API documentation. Within seconds, I get my problem solved, sometimes even examples that I can use in my own code.

The advantage is that I’m now able to program in many languages, which is great fun and gives me a competitive edge over developers who only call themselves “C++” or “Java” experts. On top of that, I get many new insights by working with different languages; insights that turn out to be useful in completely other contexts.

I hope the Internet never goes down, though…