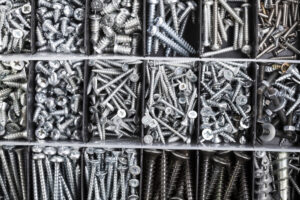 When it comes to naming directories and files, some folks seem to insist on adding plural ‘s’ letters, as in

People like this have a collection-oriented view of the world. To them, “docs” is a label for a folder holding documents, just like a label on a box saying “screws” denotes that there’s a collection of screws in it.

When “pluralists” come across a directory named “doc”, it causes them grief. Why do people do that, they whine, there’s clearly an ‘s’ missing — is it just a typo or was it done deliberately, to save typing?

Let me tell you this: it’s usually done deliberately, but not to save a measly character. It’s done by individuals who have an identity-oriented view of the world and don’t care about containment and multiplicity. To such people, a folder named “doc” is the documentation of a project. It may hold a single text file, multiple PDFs and even some markdown documents. Likewise, “src” is the “source code” and “test” is the corresponding test in its entirety.

My general advice is to strive hard to name something after what it is for the sake of better abstraction. Clearly, “essay” is more meaningful than “characters” and by the same token, I prefer “cookbook.txt” over “recipes.txt”. Only when a container has no higher-level purpose other than containment it should be given the plural form of items it contains, but this should rarely be the case.