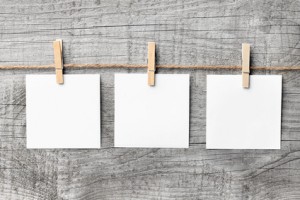 Logging is one of the oldest and most widely used software debugging tools: for decades, developers have put printf-like statements in their code to find out what their code is really doing, in situ. Even today, logging is still crucial for finding bugs in software, especially sporadic problems in concurrent and event-driven systems.

Fortunately, most programming environments come with powerful logging facilities (like Android’s Log) — but what if you are working on a highly-constrained system that simply can’t afford them?

Let’s have a look at an example that uses printf-like logging:

Traditional (printf-like) logging is expensive because:

I recently had a crazy idea how to compress a log string of (almost) arbitrary size to a single byte: Instead of using real (read: expensive) C strings, why not define a constant whose symbol name serves as the “log string” and only log it’s address?

On the receiving side, you can reconstruct the original log strings from the map file produced by the linker.

Given an appropriate set of magic macros, the example above looks like this:

It may be hard to believe, but these three “log strings” really only consume three bytes of memory. To send out their addresses, four bytes are needed (assuming 32-bit addresses are used) and ‘sampledValue’ requires the transmission of another four bytes. Let’s compare these two approaches assuming that ‘sampledValue’ is 42 (two digits) and taking into account that the size of a C string is the number of characters plus one for a trailing ‘\0’:

That’s what I call an improvement!

I’ve implemented this idea for the GCC toolchain. The log server emits MLOG traces via UDP, which are received by a little tool that converts them back into human-readable log messages by exchanging MLOG symbol addresses with (beautified) MLOG symbol names from the linker map file. Extracting the MLOG symbols from the map file is the most GCC-dependent part. I believe it is a straightforward task to port MLOG to other platforms and toolchains.

Check it out at GitHub.

EPILOGUE:
This is my 100th blog post (actually 101st, damn)! Thanks, faithful reader, for bearing with me through all these years.
— Yours Truly