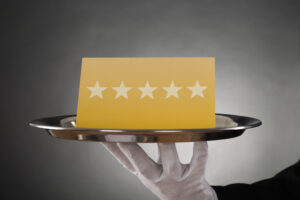 “Everything is energy and that’s all there is to it. Match the frequency of the energy you want and you cannot help but get that reality. It can be no other way”
— Albert Einstein

Such companies know that — as has been confirmed again and again in many studies over the last decades — great software developers are easily 10 times as productive as average software developers. Productive as in “able to craft quality products”. It’s not about intelligence, nor the talent to give great talks, write awesome research papers, file patents, implement one prototype after another. It’s not about ranks, titles, grades, number of diplomas or PhDs. It’s all about the great developer’s ability to ship money-generating products on time. Those people are few and far between.

The sad truth is that the main problem of such companies is often not that they have a shortage of great developers — they suffer from far too many below average developers (again, in terms of money-generating productivity). These companies don’t ship awesome products, not to mention on time.

As a countermeasure, they recruit for great developers. What they often forget to do is take a critical look in the mirror. If they did, they would understand that what they try to do is akin to a hobo courting a beautiful princess. It’s nothing more than an exercise in futility! To attract someone attractive, you have to be attractive yourself. It’s that easy!

Realistically, the great developers that such companies are after are already with a highly attractive employer. Why should they change down?

Desperate as these companies are, they employ tricks that are as old as mankind: making themselves appear more beautiful than they really are. They dye their hair, they apply tons of makeup, but it’s just a cover up for something that’s ugly or not there at all.

They try to lure great developers in by telling them that they will be working in a modern workspace, be part of a global, agile team of the brightest minds, that they will shape the future of a whole industry, and so on.

Obviously, everybody, not just great developers, knows that this is pure BS and that a company which resorts to such measures must be a) far from great and b) really desperate.

The latter naturally attracts a special breed of developers. Con artists, who also apply tons of makeup to hide their shortcomings, which I usually refer to as Non-Painters; and so the vicious circle continues for the poor company. Birds of a feather flock together. Pretenders attract pretenders. But the converse is equally true.

Let’s conclude this installment by postulating the first rule of hiring great developers:

In the next installment, we’ll take a look at the hallmarks of great software companies and what great developers are attracted to.