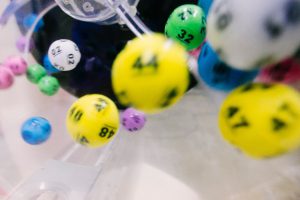 “If you can’t explain it to a six-year-old, you don’t understand it yourself”
— Albert Einstein

The opening quote is attributed to Albert Einstein, even though it’s unlikely that he used these exact words. Nevertheless, the idea behind it has always resonated with me: If you explain something in easy words the person at the receiving end can immediately grasp it and is enlightened forever. But reducing a topic to its essence and explaining it from the vantage point of somebody else is even well worth the time for the one at the giving end: As always, the teacher learns the most.

I recently held an embedded programming workshop for kids and what I took home is this: if you pick the right examples and metaphors, even 12-year-olds can understand topics like pulse-width modulation. With this post, however, I want to address adults; specifically, I want to talk about something that has puzzled me for quite some time: why do people, even highly educated people, take part in lotteries?

A common knee-jerk reply is that everyone wants to get rich quick, without earning it. But that’s not the answer I am looking for. Let me refine my question: why do people play lotteries even though they know that the odds of winning are infinitesimally small?

Let’s take the German lottery system as an example. In order to become a millionaire, you have to get six numbers right, out of a total of 49. According to their official website, the odds to get these six numbers right are 1 to 15.537.573, or roughly 1 to 15 million.

Even though our gut feeling tells us that this is quite unlikely, we completely underestimate how unlikely it really is. Why? My guess is that it’s because we hear about figures that are in the millions every day. This guy is a millionaire, and that one even a billionaire. Government spends millions here and billions there. Still, we are nothing more than remotely acquainted with large numbers; we constantly fail to truly and fully comprehend them.

Let’s use an approach that has helped me quite a lot and treat big numbers like distances. What the human species has done for thousands of years is walk, so we naturally have a good grasp on distances. Let’s pretend we have a distance of 15 million centimeters.

15 million centimeters divided by 100 gives us 150 thousand meters, which equals 150 kilometers. People are especially good at understanding kilometers. 150 kilometers means roughly a two-hour car ride on a regular country road. That’s quite a distance, isn’t it?

Further, imagine a single M&M chocolate piece. It’s diameter is roughly one centimeter, give or take. Put one M&M after another, on a single straight line that is 150 kilometers long and you get what the number 15 million looks like. Somewhere along that line, there is that one special M&M where they printed a “$” sign on the back, instead of the usual “m”. So you drive along this 150 kilometer line with your car, stop at some random point and flip a single M&M of your choice, hoping to see a “$” sign on it’s back.

Now, how much money would you invest in such a bet? I don’t know about you, but I wouldn’t even invest a single cent. While it’s not impossible to win, it’s very, very improbable. Any money would surely be gone.

This is why the enlightened call lotteries “idiot tax”. It’s the tax that people—out of greed and ignorance—pay voluntarily.