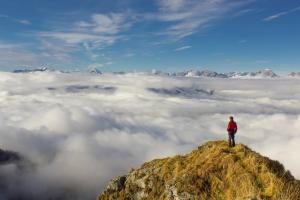 “Gravity wins over all other known forces”
— Andrea M. Ghez

As software developers, we have to deal with conflicting goals on a daily basis. One example is finding an answer to the question whether to hack out new features or clean up existing code. Or, in slightly more professional words: shall we make progress in terms of functionality or in terms of quality?

Non-technical/business people usually don’t understand the importance of software quality and tend to err on the side of rapid feature development—they assume that by focusing on features, they can sell their product sooner. Software developers by and large do understand the importance of software quality but usually also err on the side of feature development. Why? Because it’s much more fun to work on something new than doing mundane quality improvements.

In projects that opt for such a “code-and-fix” model, software entropy (some prefer the term technical debt) will constantly increase and even if these projects get finished one day (which is really not that certain) the messy code base might not be strong enough to support the features required for the next major release. Even worse, nobody is able to understand and maintain the messy code apart from the original authors, who have probably left the company in the meantime, anyway.

Software quality is yet another term for investment protection. It ensures the money that went into a project is properly insured. For all but the small, short-lived projects such insurance is crucial for the long-term success of any company.

Metaphors and analogies like “investment protection” and “technical debt” have quite a history in software development. For decades we have talked about “building software,” “software architecture,” “bugs,” and rightly so: by comparing something we are not familiar with to something we understand well, we can gain insights that help us understand the unfamiliar topic.

Recently, I had an idea for yet another software-related metaphor, which I call “Pitoning.” Pitoning compares software development to rock climbing, and it helps in finding trade-offs between feature progress and quality.

With the exception of free solo climbers, rock climbers don’t rush to the summit without breaks. Doing so would be extremely fast, but also highly risky—even a minor slip could be fatal. Instead, after they have made some progress, sane rock climbers will drive a piton into the rock and hook into it before climbing on. This “pitoning step” costs some time, of course, but it increases the probability that climbers will make it safely to the top significantly.

When we set out to develop a feature, we typically don’t know what’s the best design, so we experiment and try out different approaches. During this exploratory phase, we don’t want to waste time making the code as beautiful as possible, since it might be replaced by something else, eventually. However, once we have a working solution, we do the pitoning; that is, we add missing unit tests, we refactor, we make the code robust and in general industrial-strength, which may sometimes even include drawing UML diagrams and writing documentation.

The key concept behind pitoning is that a) experimentation and learning are not just good but essential and b) cleanup is done immediately after a working solution has been implemented—not at “some” point in the future. In certain cases, the pitoning phase will be longer than the exploratory phase. But skipping pitoning is not an option—gravity will surely get us. Many products and even whole companies have gone bust because of product recalls and lost reputation.