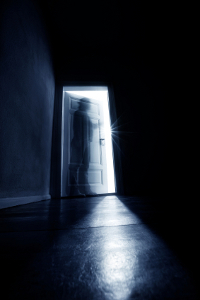 Early in my career, I had a boss who was spending most of his time in his office—and what a huge office he had! In fact, his office was so big, you could hardly see him, as his desk was located opposite to the door at the far-end of the room. Hunched over his keyboard, he was diligently hacking away, coding on his (more or less) private little project that he enjoyed so much. Little information flowed from him and if you dared entering his palace, you always felt a sense of guilt for disturbing him.

In retrospect, I think it is obvious why he behaved like this: what he really loved to do was programming, but since there was no technical career ladder, he had to become a manager in order to advance his financial situation. So this introvert, technophile person took on a job he wasn’t qualified for, a job that required dealing with people first and computers second.

But what exactly is the job of a manager? There are many answers to this question, but in my view, there are two things that stand out:

1. Removing obstacles
2. Showing that one cares

Removing obstacles means that a manager has to do everything humanly possible to make sure that the team can work as effectively and efficiently as possible. This includes many of the obvious tasks, like getting proper infrastructure, money, and staff. But that’s just the bare basics. I have heard of a manager who didn’t get approval for buying a coffee machine for the team, so he bought one out of his own pocket. I guess the money was paid back nicely by his teammates—not in money, but in increased motivation and loyalty. Lack of space? If he has a better/bigger/quieter office than the team, he should offer to switch rooms. And if there is a problem with the bathroom, well, let’s hope for our manager that he can find a janitor…

I once worked for a company where the department manager (another “hide-in-the-room” kind of manager) delegated organizing a company outing to a senior developer, an assignment that dragged on for days. I think that this brilliant manager did a wonderful job of demonstrating his superb status, but wasted valuable development time—which is, to quote Peopleware, the ultimate management sin.

“Removing obstacles” really boils down to what Robert Greenleaf called “Servant Leadership” in the 1970s, but the concept is much older, summarized in the words of Chanakya from the fourth century B. C.:

“The king shall consider as good, not what pleases himself but what pleases his subjects. The king is a paid servant and enjoys the resources of the state together with the people.”

Even though removing obstacles is very important, it is not at all sufficient. We all know that perfect service is unnoticeable and thus the team might not know about all the fine work that is going on behind the scenes. Even if the manager works like crazy to keep the ball running, the team might get the impression that what they are doing is not important after all.

There is only one way to fight this: the manager has to get out of his room. Often. Very often. For a manager it is not enough to spend most of a day sitting in meetings with peer managers and/or top management: a manager has to spend time with the team, everyday, without giving them the impression that he is checking up on them and—needless to say—without wasting their precious time. All a manager has to do is clearly convey the message that he truly cares for the work his people are doing. By walking around, by asking how it is going, by telling jokes, by asking technical questions (without being afraid that most of his people are much smarter than him), by asking if he can lend a hand (for instance, it’s a disgrace if a developer under time pressure has to convert some data manually—a mundane job that’s perfectly suited for a servant leader).

Being a successful manager requires many skills and practices, but almost everything derives from these two items. Managers everywhere: Don’t insist on your status and be present; be a good servant to the team and clearly show that you care—for your team and the work that they produce.