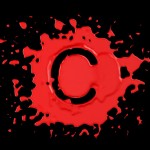 Sometimes, it is desirable to perform computations already at compile-time — either for efficiency or to avoid redundancy. Alas, what a compiler can compute at compile-time is rather limited — mostly just a combination of unary and binary operators. What if you need to do something more complex?

For the sake of illustration, I chose computing the (floored) log2 of an integer as an example, but the techniques presented below can be easily adapted to other use cases:

In C++ — provided you’re brave enough — you can always resort to template metaprogramming:

It’s still recursive, but at least this solution is using real functions and not structs to achive its goal — much easier on the eyes!

But what if you code at the other end of the spectrum? What if you are limited to plain C?

Many years ago, I discovered the following technique that has proven useful in quite a few situations; it is used like this:

Here’s an excerpt of what’s contained in the static_log2.h header file:

In the C++ examples, iteration is done using recursion, but here everything is unrolled/inlined.

For another case where this approach is employed, checkout this post. You probably don’t need this technique very often, but it’s good to have it in your bag of macro tricks.